Alex Mack is the titular protagonist of the hit live-action Nickelodeon series, The Secret World of Alex Mack. She is portrayed by Larisa Oleynik.

Alex Mack used to be your average teenage middle school girl up until one fateful day when a wayward truck containing chemicals had crashed into a fire hydrant and doused her with a strange liquid, granting her a bizarre assortment of superpowers. Now not only does she have school to deal with, but keeping her secret from everyone else, including her parents as an organization is out to find the 'GC-161 Kid' to bring her in for experiments.

Alex appears a teenage Caucasian female with long blond hair and hazel eyes, typical of superhero appearance. Unlike most characters, her apparel is subject to change in every episode, although her choice of clothing is more tomboyish. She also has an odd habit of wearing hats, regardless of whether or not she is indoors.

Alex contains the typical traits of a teenage superheroine, being somewhat meek but a good natured person at heart. She matures over the series dealing with many affairs such as a love interest or the complication of her powers. However, she has often at times daydreamed of using her powers on those who have wronged her, but shows restraint knowing she can't risk anything

After having been doused in the GC-161 mutagen, Alex gains a rather strange assortment of powers that mature with her as she grows up. She possesses the ability to fire torrents of yellow energy from each of her fingertips either as an offensive measure or to disrupt electronics. She also possesses telekinesis, moving objects by focusing her mind on them. Most infamous of all is her ability to morph into a liquid residue that almost always collapses into a puddle, allowing her to sneak about unnoticed, despite the sloshing sounds she makes. Not only does it give her a wider range of sight, but she retains the ability to talk, although her speech is slightly garbled, as if put through a water filter. She also retains all sense of feeling, still exhibiting feelings of pain when stepped or stomped on or ticklish when her body is twirled about.

In the second season and beyond, Alex's powers evolve, her lightning powers now more focused into beams of energy and her liquid form changed into a silvery reflective surface instead of the jelly-like appearance from before. She also gains the ability to morph and absorb other people into her mass by mere touch, ideal for escorting multiple people out of danger. She also gains superstrength by eating curry and even blows bubbles at times. A passive ability has her face glowing gold whenever she is embarrassed. 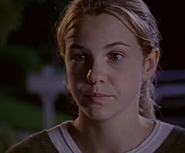 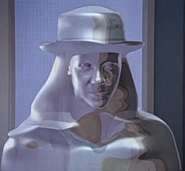 Alex before she collapses into herself

Full Liquid state. About to collapse onto herself. 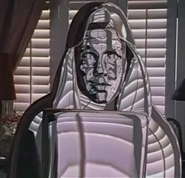 Alex absorbing a book. Also a detailed view of her liquid state before she collapses.