Mercury is a boss character from Megaman V.

Mercury is one of the Stardroids from Megaman V on Gameboy, being part of the first four. His body is made of liquid metal, allowing him to change shape and dismantle his own body as a means of attack. Mercury attacks Earth alongside the other Stardroids, and resides in a large factory similar to a disposal facility.

Mercury is a robot with a green body made of liquid metal. Because of this, his body has some extra shine to it. his helmet is a green dome shape with a pink frame and several spikes on the side. He has a purple vent on his chest plate as well, and his forearms are pink.

When he melts down, Mercury looks like a simple blob.

Mercury is capable of turning his body into a blob of liquid metal. This is his primary method of attacking. When he becomes a blob, he will either hop to the other side of the screen in three parts, or he will fling himself around the room and rebuild his body. This method of attack is incredibly similar to the Yellow Devil line of bosses from the Mega Man series.

Mercury's special weapon is known as the Grab Buster, which is capable of stealing both items and energy from his targets, recovering his own health and supply. This can also deplete the player's ammo supply of a random weapon.

In the Mega Man Gigamix manga series, Mercury is shown to be invulnerable to most means of attack. Whenever his body is damaged, it quickly regenerates due to its liquid composition. This was only countered by Quick Man, who could attack faster than Mercury could regenerate. This ability is not present in Mega Man V however.

After one of the many defeats of Dr. Wily, robots known as the Stardroids began attacking the Earth. Stardroids are extraterrestrial robots who are impervious to most Earth weapons due to how advanced they are. Mega Man sought to stop this new foe, and with the assistance of some new weapons, was able to contend with the Stardroids. Mega Man travels into space to do battle with the new foes.

One of the Stardroids was Mercury, a being composed of liquid metal who resided in a complex similar to a disposal factory, riddled with conveyor belts, falling debris, junk piles, and compressors.

In the end, it turned out that the Stardroids were reprogrammed by Dr. Wily for his own goals. Wily had found them in ancient ruins and realized the potential their alien weaponry possessed. 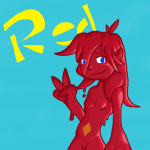